On Thursday, January 9, we took a field trip to the Louisiana State Museum and State Capitol building.  Our group was so big that we split into 2 groups.  We started at the state museum while the other group started at the capitol.

First at the museum, the director went over some famous people in Louisiana's history.  She had some of the students help her out.

Tate as Andrew Jackson and Luke as Napoleon Bonaparte, Cai as Louis Armstrong, Cameron as General Chennault, and Abram as Huey P. Long.

Andrew Higgins, inventor of the Higgins boat used in WWII and Napoleon Bonaparte who sold the Louisiana Purchase to the US

Cade and Ian representing the Houma and Bayougoula tribes

Baton Rouge gets its name from a pole that was red from blood of animals and fish. This was the boundary marker between the 2 tribes. The Native American name for it was Istrouma. The French called it Baton Rouge meaning "red stick." Cole represented Zachary Taylor who fought in the Mexican/American war. He is the only president from Louisiana. Tate as Andrew Jackson helped defeat the British in the Battle of New Orleans. There's a famous statue of him in New Orleans in Jackson Square. Huey P. Long was governor of Louisiana nicknamed "The Kingfish" After winning his Senate seat, Huey explained his nickname by saying, “I'm a small fish here in Washington, but I'm ‘the Kingfish’ to the folks down in Louisiana.”.

Louis Armstrong was also known as Satchmo which originally came from the nickname satchel mouth. He possibly got this nickname because of the way his cheeks puffed out when he played. Once when he was playing in France, the French mispronounced satchel mouth as "Satchmo." General Chennault was a leader of the "Flying Tigers." Clementine Hunter was an African-American artist whose favorite flowers were zinnias.

The girls got to represent different animals found in Louisiana.

Here's a little song she sang about the animals in the swamp.

After this presentation, the children were able to do a scavenger hunt through the museum. There were different levels for the different age groups. 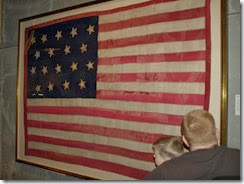 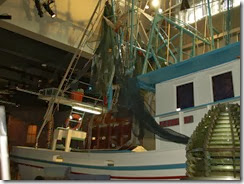 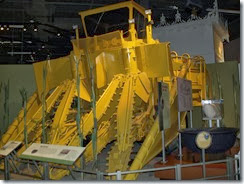 Unfortunately they were not able to finish the scavenger hunt because the fire alarm went off and we had to evacuate the building. 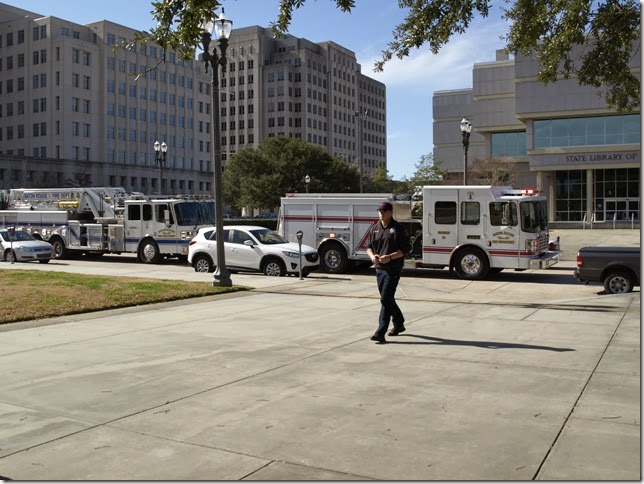 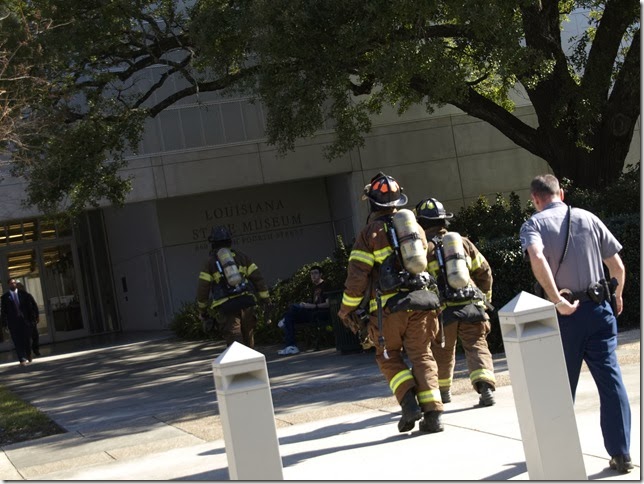 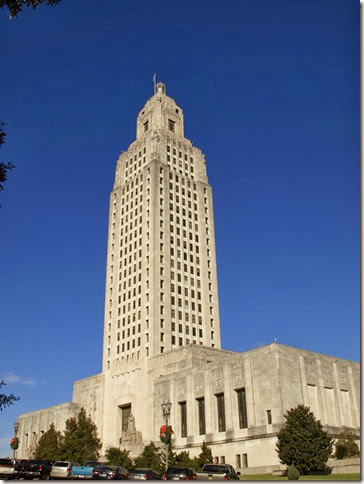 First, we toured the lobby with all its intricate marble and gold work.

Next, we toured the House of Representatives chamber.

Then we went to the hallway where the governor's elevator is located as well the location where Huey P. Long was assassinated.

Next was the senate's chamber.

A pencil remains embedded in the ceiling of the chamber from the force of a bomb explosion in 1970.

After the tour was over, we had the option to go up to the observation deck.

A bright future for Louisiana ;)

(This is just kids from 3 of our families that we took at the end of our trip.)