On Friday, April 19th, We visited the Department of Public Works Traffic Engineering Department where one of our moms friend, Teresa works.  A big thanks to her for helping us organize this trip.  It was very fun and educational!

Our Group
(This was an older kids field trip.)

First, we went to the sign shop and met with Mr. Leonard who is one of the sign fabricators.

He showed us how to make a stop sign. You start with a metal sign already in the octagon shape. First he applies a white reflective backing.

Then he applied the red part with the letters cut out. 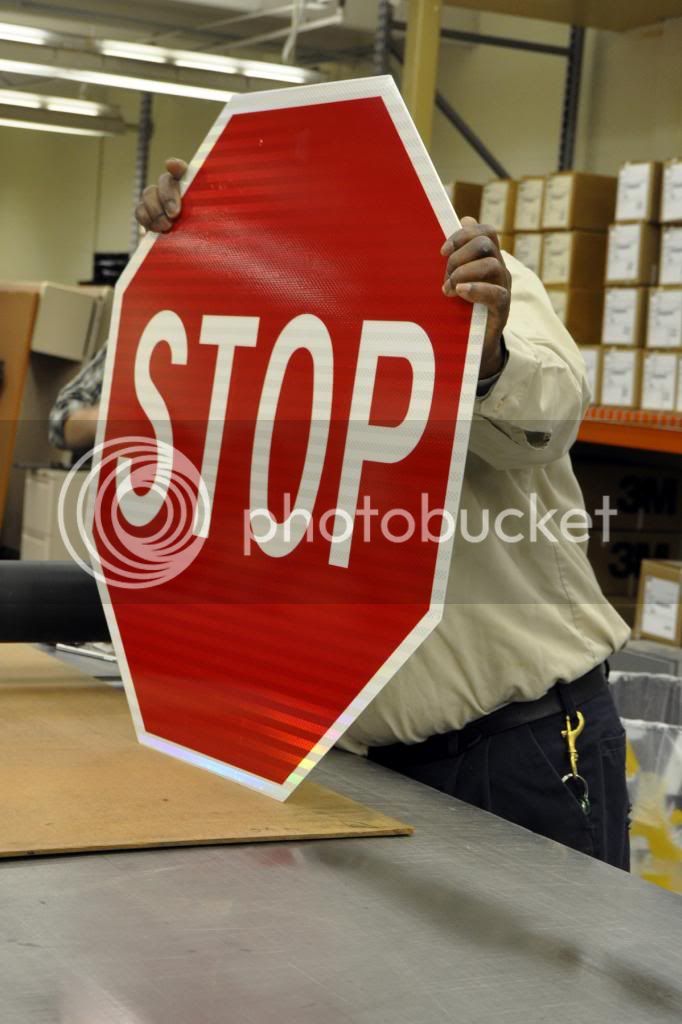 He showed us some of the road signs that he had made. He held up Hoo Shoo Too thinking that many had not heard of this road before but this a street that one of our families live off of. He showed us the special ones that he made for Beauregard Town. Mrs. Teresa was holding it up because her last name is Beauregard. The blue/orange ones are some that he made for downtown. Many people complained about the colors because we don't like that color combination around here ;)

Teresa held up the school zone sign so we could see how big it was. She mentioned that we didn't need it since we were homeschooled, but a mom pointed out that they do need to pay attention to the sign when they start driving! They put those stickers on every sign that they own. She said the state writes on the back of their signs.

Next we went into the room where they cut out the adhesive appliques for the signs.

The computer sends the shape to the "printer" and it cuts out the shape.

The computer sent the red part of the sign to another "printer" that cut out the shape and the letters.

He uses an exacto knife to help pull the letters off since the paper is really sticky. 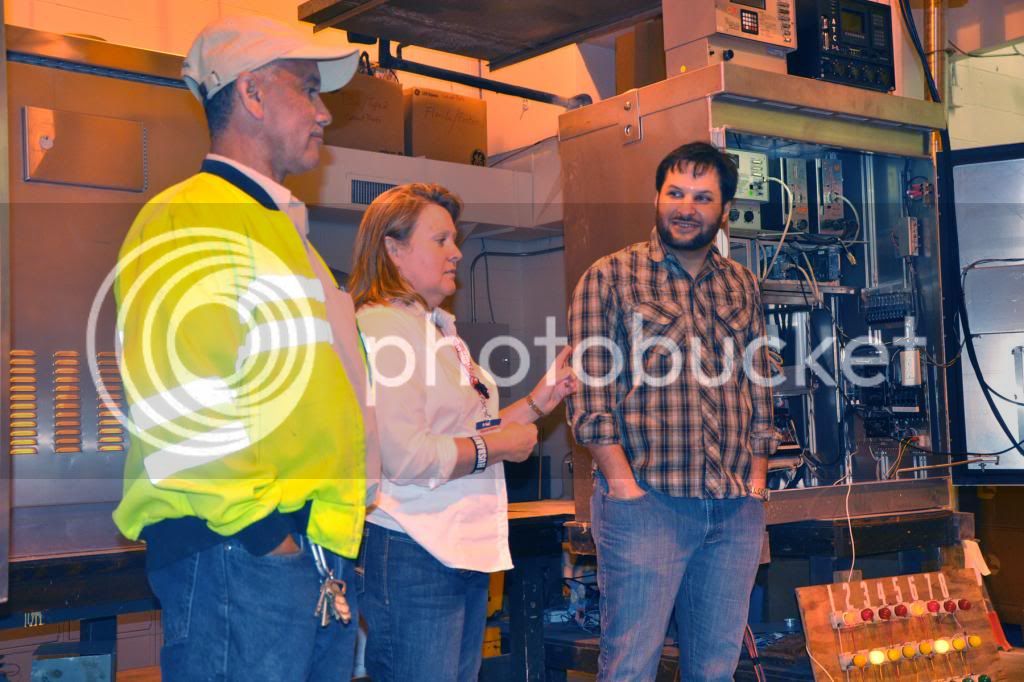 They explained the two types of devices for "tripping" the light. The first is a video camera (that is not the red light camera) and a wire circuit underneath the pavement. They also reminded the parents that you have to drive up with your tire on the white line to trip the light. (If you want to find out where the red light cameras are, visit http://brgov.com/redlight/) After this field trip, my kids look for the cameras that trip the light.

They showed us a scenario of what happens if a malfunction happens in the lights and 2 show green at the same time. Within seconds, the lights started blinking yellow and red. They said if you run into a situation where the lights are not working or a road sign is missing to call 3-1-1.

Ian asked why the lights were blue instead of green. It's hard to see in this picture but one of the lights looked bluer because they use 2 different types of bulbs...incandescent and led.

Teresa showed us the "Your Speed" sign. She said that these could be requested to be put in your neighborhood and some are permanently located in subdivisions such as Hickory Ridge that people use a s main cut through.

The last thing they did was let the kids play "Red Light, Green Light" with the signal light. How fun!


As you can tell, we have way more boys in our group than girls!