On the night of Tuesday, December 11th, we had our moms/teenage girls Bayou Cajun Homeschoolers Christmas Gathering at Tiany's home.

As usual, we had lots of yummy food.  Here’s a few pictures of some of it.

After a pretty uneventful ornament exchange game, we took a group picture.

Email ThisBlogThis!Share to TwitterShare to FacebookShare to Pinterest
Labels: Activities

On Thursday, December 6th, we had a fieldtrip to Nottoway Plantation.

Also while we were waiting for others to arrive, the general manager gave the kids rides around the parking lot.

The house was beautifully decorated for Christmas.

Rob was able to do the outside tour but wasn’t able to tour the inside of the mansion due to his wheelchair.  He enjoyed the outside museum while we tour inside the house. 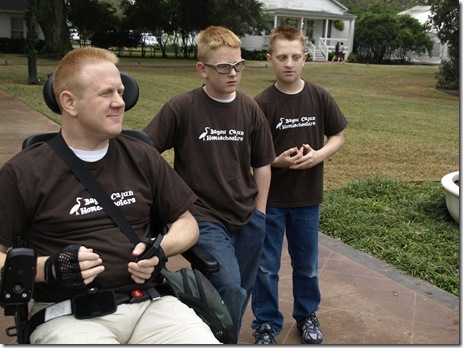 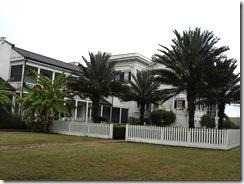 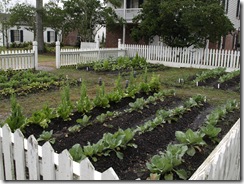 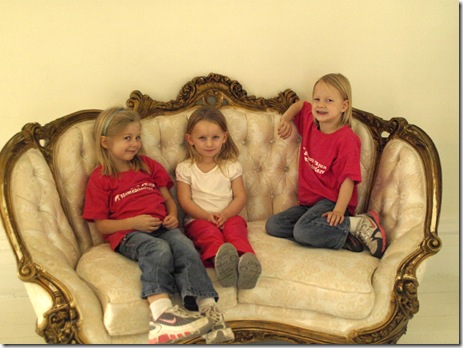 Some info from the tour that I actually remember

White room - This room was amazing. So bright and cheery especially with the Christmas tree and decorations. The painting above the mantle (picture above) is just there because the current owner (who lives in Australia) just thought the portrait matched the room because the lady has on a white dress. The eyes in the painting are painting just like the Mona Lisa.

The men's only room - this is where men would meet to discuss politics, business, etc. They have some of the original receipts for the house on display in this room. The cost to build the house was $80,000.

The dining room - the border of the wall had camelias because that was the favorite flower of the lady of the house. The china was similar to what the family owned except theirs was pink instead of blue. They used a type of coal for their fires instead of wood. This was to show that they were rich. The picture of the right is where they would keep their plates warm using the coals from the fire. Other facts - the kitchen was outside the home because they were afraid it would burn down the house. As the slaves walked from the kitchen to the house, they had to whistle so the owners would know that they weren't eating their food. The daughter of the owner kept a journal which is where they got most of their information for the tour.

Bedrooms - The first bed was a rolling bin bed. Part of the headboard comes off so that you could roll the moss mattress because it would become lumpy after sleeping on it a couple of nights. Also, the bed weren't very long (only 6 feet). So on the master bed, the owner added poles at the foot of the bed to raise up at night to keep from getting tangled in the mosquito net. They used the pot looking thing to put coals in to heat up the bed at night. They would rub it across the sheets. We weren't able to see all the bedrooms because the house is used as a bed & breakfast and the other rooms were occupied.

The handrails for the stairs were shorter because people were not as tall back then. The lady of the house was only 4 ft 10 in, but her husband was 6 ft which is why he had to install the the poles to the bed.

This window is actually called a windoor. It raises up so that you can walk outside to the porch. On the front porch overlooking the river and the part of our group doing their tour. Notice Micah has her shirt on backwards. 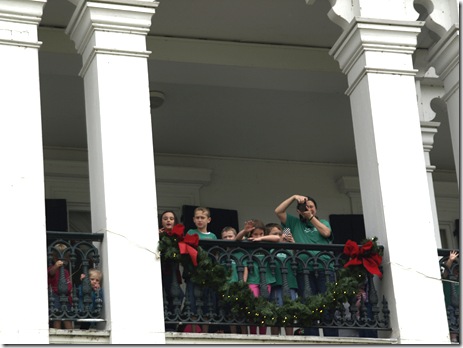 The little girl kept asking our tour guide whom she called Ms. O'Hara questions. It was too cute! At one point, she & Micah were having some in-depth conversation about who knows what!

Rocking on the front porch

Going through a little maze where the original kitchen was

After the tour, we had a picnic lunch. They set up tables for us in one of their reception areas since it had been raining all week. After lunch, the general manager came back around for more rides.